Tilhill is delighted to announce the appointment of Peter Chappell as their new head of Investment & Property, taking over the role in June following a robust handover period. 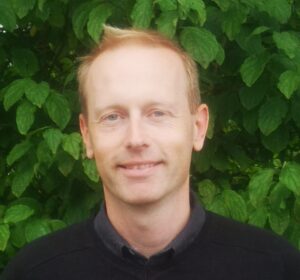 Peter joined Tilhill in 2007 as a forest manager. Then, after time spent in the forest industry in Finland, Peter returned to the Company to become part of the Investment & Property team based in Wales.

Peter gained Chartered Forester status in 2010 and has many years’ experience in not only forest management but the investment aspect of what is rapidly becoming a much sought after portfolio asset. Coupled with his impressive academic qualifications, Tilhill is looking forward to the resultant uniquely dynamic Investment team that will be created under Peter’s care.

Stuart Pearson, Tilhill’s Business Development Director said of the appointment: “It gives me much pleasure to be able to announce the appointment of Peter to head up our Investment & Property Team. He has been a steady and very able member of the team for some time now, continually building upon his already extensive knowledge.”

“The Investment Team at Tilhill are highly successful in securing forests and woodland for our investment clients. Peter has been an integral part of this success and I congratulate him on his new appointment, which I believe he will take up with much enthusiasm.”

Upon hearing of his successful engagement,  Peter Chappell said: “I greeted the news of my success with great delight. I have been a part of the Investment & Property Team for a number of years, and I am relishing the prospect of now heading up this hard working and diligent team. I am very much looking forward to commencing the role fully in June.”

For press release use